Ruxolitinib Hyperphagy in the MPNs
Patients taking ruxolitinib commonly gain significant weight and often report increased appetite. Leptin signaling in the brain is a major regulator of appetite. Leptin signaling is mediated by JAK2. We are evaluating whether ruxolitinib-associated hyperphagy and weight gain is a direct, on target consequence of its blocking leptin receptor signaling in the ventral medial thalamus of the brain.

Long-Term Follow Up of Silver MPN Center Patients with Polycythemia Vera
The goal of this research is to draw from our experience and knowledge in treating patients with myeloproliferative diseases over many years in order to evaluate the long-term treatment outcomes of interferon and other standard therapies. We have studied over 450 patients with polycythemia vera who have been treated by Weill Cornell Medicine Silver MPN Center physicians over a period of more than 25 years. This work has been preliminarily presented at the 2019 American Society of Hematology (ASH) Annual Meeting.

Complications of Ruxolitinib Therapy in MPNs
Ruxolitinib is a tyrosine kinase inhibitor approved by FDA for treatment of symptomatic myelofibrosis and patients with polycythemia vera who have not adequately responded to hydroxyurea. Despite the clinical benefits of ruxolitinib in these settings, like all anti-cancer agents, there are also some apparent toxicities. Trials have shown an increased risk of  infections and secondary cancers in patients taking ruxolitinib. We are performing a retrospective review of the prevalence and types of infections and secondary malignancies in patients treated with ruxolitinib at the Silver MPN Center and presented this research at the American Society for Hematology (ASH) 2017 Annual Meeting.

The pattern of clonal enrichment of an MPN stem cell during hematopoiesis is unique to individual patients and varies significantly among Polycythemia Vera (PV), Essential Thrombocythemia (ET), and Primary Myelofibrosis (MF). Our research has shown that changes in the MPN stem cell population can predict changes in the disease trajectory and course of treatment.

The Silver MPN Center has collaborated with Dr. Dan Landau to develop a technique to for the first-time ever identify the abnormal gene expression in MPN stem and progenitor cells. This points to several therapeutic approaches for MPNs that are currently being studied in the laboratory.

Interferon is the only therapy for myeloproliferative neoplasms (MPNs) that is known to induce clinical, histologic and molecular responses. The problem is that we don’t understand how interferon works so we don’t know how to build upon this clinical observation. Most cells can respond to interferon so its clinical efficacy may result from effects on MPN cells, on normal hematopoietic cells or on the microenvironmental cells that support them in the body. MPN-RF has a assembled an international team of investigators to tackle this complexity and identify how best to use this knowledge to advance treatment of MPNs.

Joseph Scandura, M.D., Ph.D. serves as Scientific Director for the Silver MPN Center. The Scandura Lab Team is working on many initiatives to better understand why myeloproliferative neoplasms (MPN) form in order to develop better treatments for MPN patients. 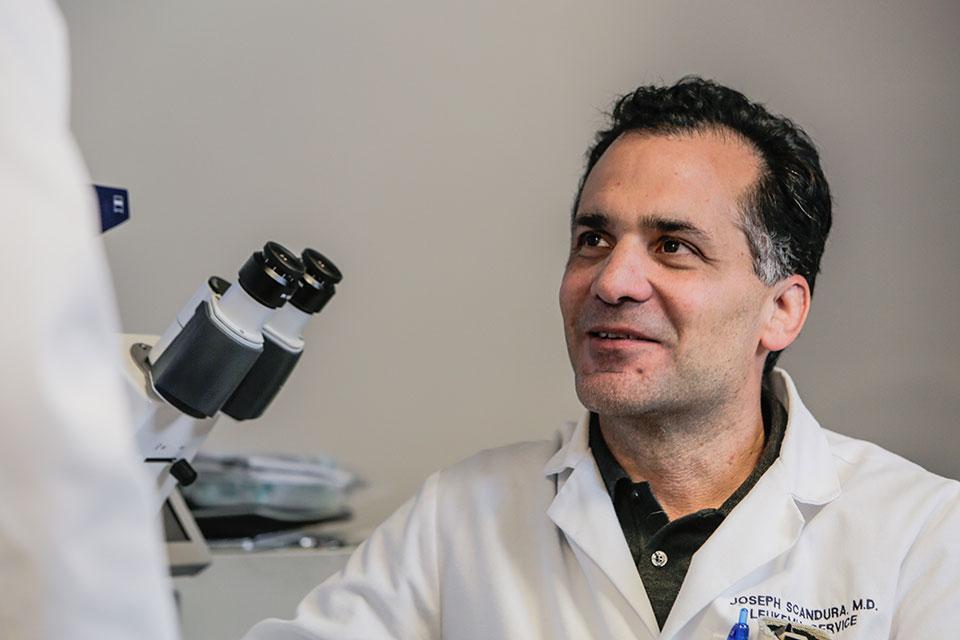 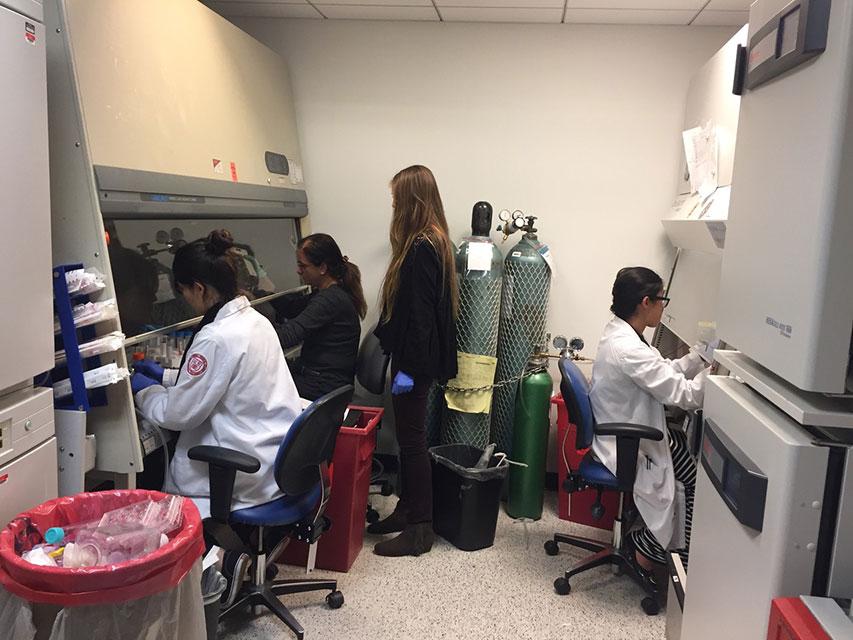 Inside the Scandura Lab.