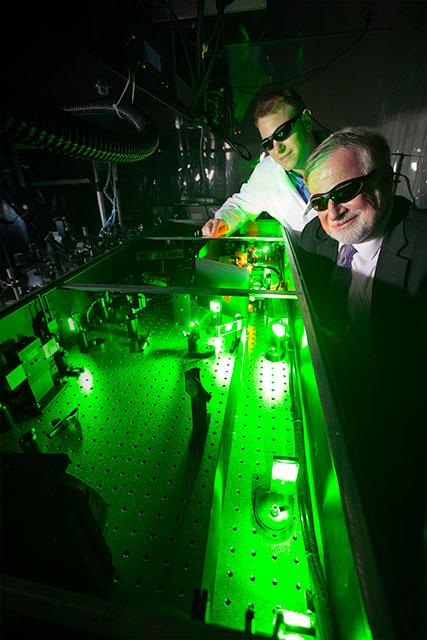 In collaboration with Professor Chris Schaffer in the Department of Biomedical Engineering at Cornell University in Ithaca, Drs. Andrew Schafer and Richard Silver studied microvascular structure and cerebral blood flow in mouse models of JAK2 V617F-positive myeloproliferative neoplasms, using two-photon excited fluorescence (2PEF) microscopy, which enables three-dimensional imaging in real time with micrometer resolution deep into brain tissue. The goal was to gain insight into specific cellular and molecular mechanisms of not only cerebrovascular ischemia but also microvascular changes in the brain that could lead to cognitive decline in some MPN patients. Transgenic mice with PV, ET or mixed MPN phenotypes were obtained through collaboration with Dr. Radek Skoda in Basel.

We found that cerebral blood flow is “stalled” in a higher fraction of brain capillaries in MPN mice, as compared with controls. The fraction of capillaries with stalled flow increases when the hematocrit value exceeds 55% in PV mice, and the majority of stalled vessels contained only stationary red cells. In contrast, the majority of stalls in ET mice are caused by platelet aggregates. In subsequent collaborations with Drs. Chris Schaffer and Mike King at Cornell University, we have extended previous observations that, in patients with JAK2 V617F mutation-positive PV, there is constitutive phosphorylation of red cell Lu/BCAM. We have found enhanced adhesion of red cells from JAK2 V617F mutant PV mice to laminin under physiological levels of shear stress, which can be blocked with anti-Lu/BCAM IgG.