Myelofibrosis (MF) is a disease of the blood forming system characterized by varying degrees of bone marrow scarring/fibrosis and disordered production of blood cells. Approximately 16,000 to 18,500 people in the United States have MF. It is usually a disease of older patients and most people are around 65 years old when diagnosed with MF. MF is typically progressive leading to increasing amounts of bone marrow scaring, reduced blood cell production and sometimes, transformation to acute leukemias. Tremendous advances are being made in the care of patients with MPNs and some therapies promise to stop and potentially reverse the progression of MF. However, more work needs to be done.

It is not known why patients develop MF but over the past 10 years scientists have learned a great deal about the genetic mutations associated with MF. Most patients acquire mutations in their MPN cells in one of three genes: JAK2, CALR or MPL. JAK2 is the most common, being mutated in about half of patients with MF. JAK2 encodes a protein in the family of Janus-associated kinases (JAKs) that is part of the signaling system that tells blood forming cells in the bone marrow to divide and mature into functional blood cells. JAK2 acts as a relay between growth factors outside the cell called cytokines and the inside of the cell because it links cytokine receptors on the cell surface and the internal cell machinery. In this way, JAK2 is positioned to execute the bodily signals to promote blood cell production. Mutations in JAK2 over-activate this system and cause the body to make the wrong number of and type of blood cells. Mutations in CALR and MPL similarly overstimulate cytokine signaling systems that use JAK2. MPL itself is a cytokine receptor that gets stuck in the “on” position when mutated. Mutated CALR on the other hand seems to enhance, or prolong, MPL signaling. These mutations can also cause bone marrow scarring. Mutations in these genes are thought to be what is ultimately responsible for MF. Nonetheless, MF cells usually carry additional mutations in other important genes that are believed to affect response to therapy and the pace of progression.

MF can come to medical attention in an early, “pre-fibrotic” phase or later in a more advanced fully “fibrotic” phase. Untreated, pre-fibrotic MF always evolves to fibrotic MF. It is also important to note that MF can develop from other myeloproliferative neoplasms (MPN). If MF is a person’s first MPN (as opposed to due to the progression of another MPN), then it is called “primary myelofibrosis.” When MF evolves from polycythemia vera (PV) it is called post-PV MF (pPV-MF) and when it comes after ET, it is called post-ET MF (pET-MF). In its early stages, people may not be aware they have MF. However, as scar tissue builds up, the bone marrow can’t make enough blood cells leading to anemia, and risk of bleeding or infections. The spleen, which is an organ near the stomach under the left ribs, partially takes over making blood cells. As a result, patients with MF typically have an enlarged spleen, a condition called splenomegaly. Patients with MF typically experience the following symptoms: too few or too many cells that make blood, itching, night sweats, bone and muscle pain, abdominal discomfort, early feeling of fullness, or pain under the left ribs due to enlargement of the spleen. As the disease progresses, the signs and symptoms tend to become more apparent and significant. Symptoms of MF can range from mild to severe and some are caused by an enlarged spleen or by production of too many cytokines, proteins that cause inflammation.

For patients without symptoms or significantly abnormal blood cell counts (e.g., anemia) treatment may not be required right away. Instead, physicians will monitor that person’s health closely. Ultimately, virtually all patients will need to be treated. For patients experiencing symptoms such as fatigue, weight loss, poor appetite or pain due to an enlarged spleen, the Food and Drug Administration (FDA) approved a medication called ruxolitinib (Jakafi). Ruxolitinib has proven in clinical trials to be extremely helpful for many patients by helping to decrease enlarged spleens and reducing symptoms associated with MF. Ruxolitinib works by blocking the effects of JAKs in the body. Supportive therapies such as transfusions and erythroid stimulating agents (ESAs) can also help with anemia or low platelet counts. Learn more about treatment options for people recently diagnosed with myelofibrosis.

Weill Cornell Medicine has been at the forefront of using interferons in the treatment of MPNs such as MF. Intriguingly, treatment seems to work best on patients with early stage MF and, in this setting, interferon therapy can even reverse bone marrow fibrosis and lead to normalization of blood cell numbers and reduction of the number of MPN mutant cells in the blood and bone marrow. However, interferons are not the right choice for all patients. Weill Cornell Medicine and the Silver MPN Center are part of an international consortium trying to understand how best to use interferon for treatment of MPNs.

The only known therapy that can potentially cure MF is allogeneic stem cell transplantation. This is a very aggressive therapy that is only for some patients who are at high risk from MF, who are fit, and who have a compatible donor. This process entails the transferring of stem cells from a donor to a patient. The new stem cells replace the patient’s defective blood cells. Before the transplant takes place, the patient must undergo chemotherapy and/or radiation therapy to get rid of the diseased bone marrow. NewYork-Presbyterian Hospital/Weill Cornell Medicine offers one of the best Bone Marrow and Stem Cell Transplant (BMT) programs in the United States and around the world.

Aspirin is used to help prevent certain types of blood clots. Aspirin work by blocking an important signal that makes platelets “activate” and trigger a blood clot. Aspirin is particularly useful to prevent arterial blood clots. Most patients with MPNs are advised to take daily, low-dose aspirin unless there is a medical reason to avoid aspirin. Although most patients tolerate aspirin without any problems, aspirin can increase risk of bleeding and can cause rare allergic responses and stomach ulcers. Like any medical therapy, it is important to discuss aspirin use with your physician prior to staring this treatment.
Read More

Slows the production of MPN cells from the abnormal stem cells in your body. Hydroxyurea pills slow rapidly growing and multiplying cells by blocking certain cell metabolic pathways that are required to make materials for a cell to divide into two cells. Hydroxyurea can be used to lower the number of white blood cells (WBCs), red blood cells (RBCs) and platelets (PLTs) in blood. Hydroxyurea also goes by brand names Hydrea® and Droxia®.
Read More

(also known by the brand names Jakafi®, Jakavi®) – Works by inhibiting uncontrolled JAK (Janus Kinase) signals which are common in MPNs including MF. Approximately 50% of MF patients have JAK mutations that can be targeted by this treatment. These drugs can help alleviate the symptoms of MF and make patients feel better.
Read More

The purpose of an allogeneic bone marrow transplant is to replace not just the blood forming cells but also to provide an entirely new immune system. The immune system from the donor can recognize small numbers of cancer cells and kill them off.
Read More

Changes the way cells express genes and can disrupt unregulated cancer cell growth. Currently, the use of DHAs in MPNs is experimental. Decitabine (brand name: Dacogen®) is a DHA that can be used.
Read More

Lenalidomide is an oral medication approved by the FDA to treat hematologic disorders such as myelodysplastic syndromes (MDS), mantle cell lymphoma (MCL), and multiple myeloma (MM). Lenalidomide is an immunomodulatory drug meaning that it affects immune response within the body. Although not FDA approved for this indication, lenalidomide is also sometimes used to treat patients with myeloproliferative neoplasms (MPNs) including MPN/MDS, MPN-not otherwise specified (MPN-NOS), and myelofibrosis (MF).
Read More 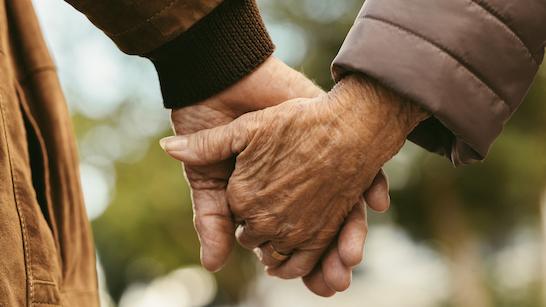 Our Guide for Patients Newly Diagnosed with Myelofibrosis
Learn more about the types of treatment options available for patients after receiving a myelofibrosis (MF) diagnosis.
(646) 962-2727
Appointment Medical Records Make a Difference Email List